The Rise of the Pop Art Movement in the United States began in the late 1950’s with artists like Andy Warhol, Jasper Johns and Roy Lictehenstein.

Pop art emerged on the scene with all it’s irony and parody. In a sense it was a mockery to the established art world and the Abstract expressionism movement.

Enter Roy Lichtenstein, born in New York in 1923, he was classically trained at Ohio State University and earned a B.F.A and M.F.A. in art. He became a major force and leading figure in the Pop Art movement in the 1960s. His work defined the premise of pop art through parody. Since the early 1960s his prints have been included in important contemporary graphic-art exhibitions throughout the country.

Whaam! and Drowning Girl are generally regarded as Lichtenstein’s most famous works, with Oh, Jeff…I Love You, Too…But, third.

In 2015, Roy Lichtenstein’s Nurse went up on the auction block and fetched a staggering $95 Million a record price for a piece of American Pop Art. Besides the price of this masterpiece, is the curiosity of who bought this painting? A former taxi driver and self-made billionaire and his wife purchased the painting for their museum in Shanghai. Way to go!

Sweet dreams Roy as we celebrate your birthday which is on October 27th! 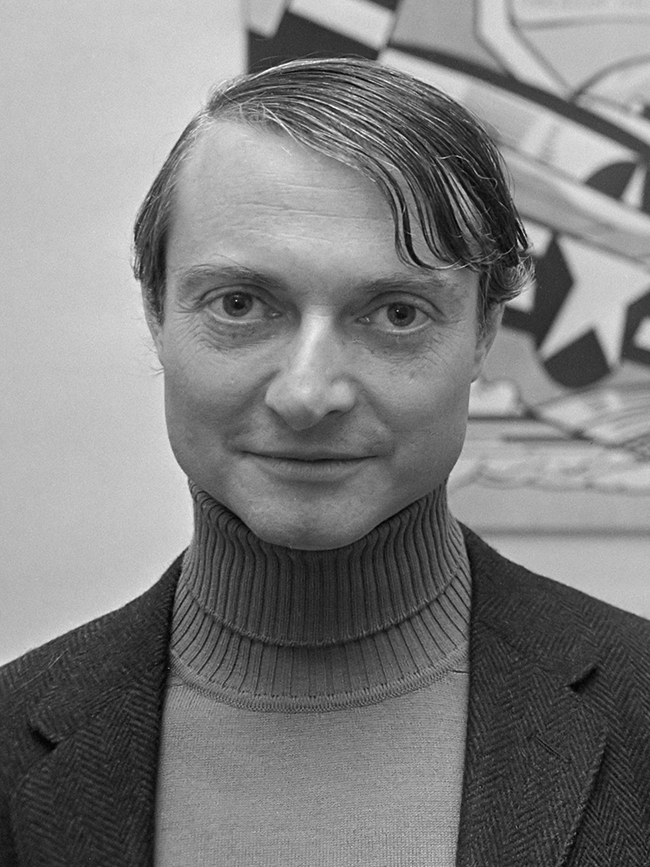 I’m not really sure what social message my art carries, if any. And I don’t really want it to carry one. I’m not interested in the subject matter to try to teach society anything, or to try to better our world in any way. ~ Roy Lichtenstein