Eugene Von Bruenchenhein was a self-taught artist who created paintings many call evocative, mysterious, and packed with energy.  Born in 1910 in Marinette, Wisconsin, Von Bruenchenhein was one of three sons whose body of work included hundreds of chicken bone sculptures, more than a thousand apocalyptic landscape paintings, and photos of Marie, his wife, created in pin-up style.

Anything but primitive, VB’s paintings often evoked a complex history, depicting events seemingly taken from some unknown alien cosmogony.  His paintings often included elements of deep space, land, and water, and were said to “stimulate the imagination.”  The majority of his imaginative paintings were created from 1954 to 1963, during a period in which he worked at a bakery and lived in a small house with his wife.  Referred to as “Gene” by his wife and friends, VB created his earliest paintings on box panels brought home from the bakery.

Thought of as a “weird character” by neighbors, VB considered himself a talented artist; many of his works were created in his back yard in a few hours, working on summer nights under the illumination of floodlights.

Gene initially crafted his paintings on canvas using a brush; by 1954, he changed his technique and began using his fingers to paint on board.  Later, he would paint the boards with a light-colored undercoat, create a painting, then scrape the finished painting with quills, combs, and even tools from the bakery to reveal the cream or white undercoating.  Gene’s works of arts continued to get what was described as more intense and using brilliant colors for about five years, when his health and his energy began to decline.

VB’s works reveal more than anything else his extraordinary imagination and energy.  Many museum collections include some of his art including the Museum of Fine Arts in Houston, Intuit: The Center for Intuitive and Outsider Art in Chicago, and the American Folk Art Museum in New York.  He died from congestive heart failure in 1983 at the age of 72.  Upon his death, his small home was packed from floor to ceiling with the 1,080 paintings he created during his lifetime. 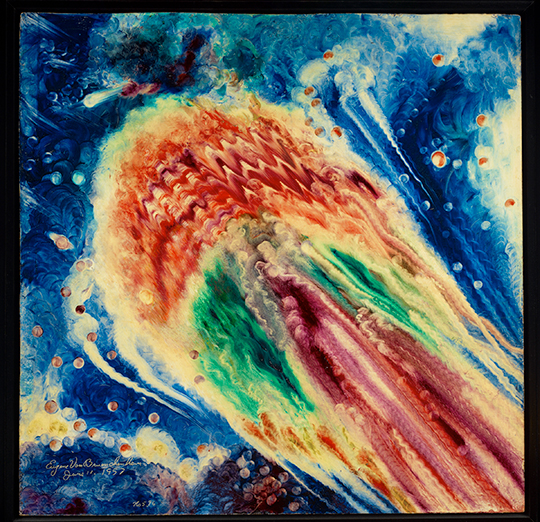 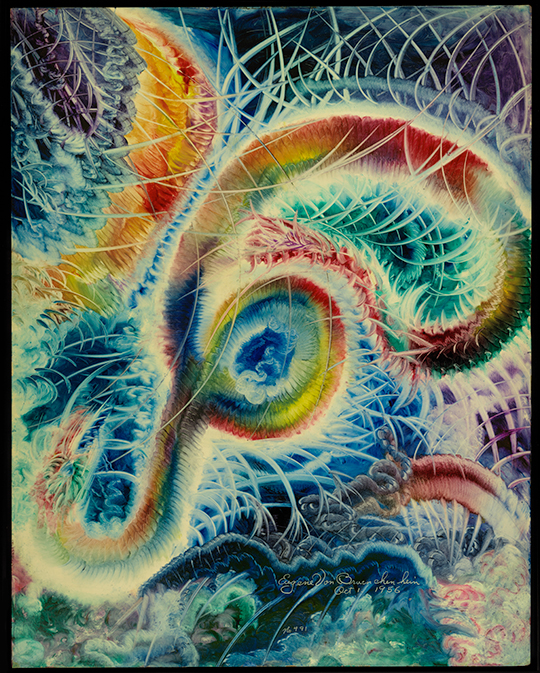 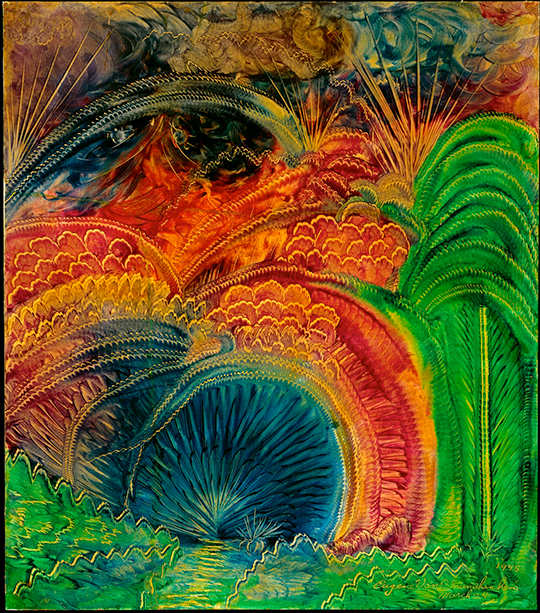 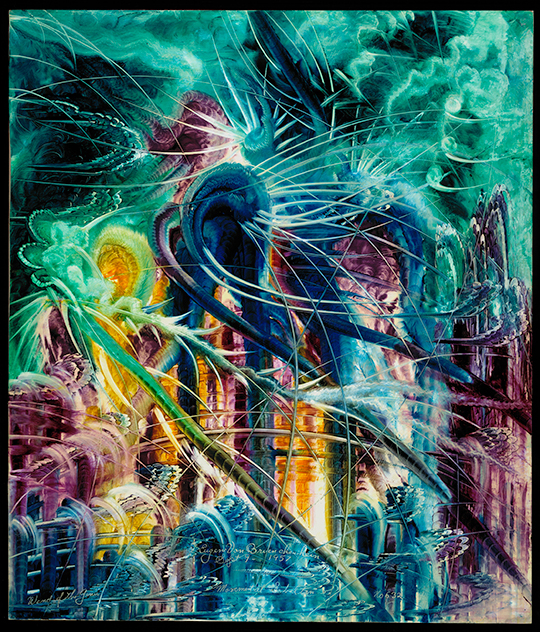