Dubbed the Annie Liebovitz of her day, Tsuneko Sasamoto, 107 years old,  a Centenarian and Japan’s first female photojournalist has photographed some of Japan’s greatest personalities and historical moments during her 70-year career. Though widely published in Japan, she is a hidden gem for international audiences.

Born in 1914 in Shinagawa Ward, Tokyo, Sasamoto’s father was a kimono dealer. Her life has not been easy. “Originally I wanted to be a painter,” she recalls. “But my father didn’t allow it, saying, ‘It’s not what a woman should be.’ ” She tried college, but dropped out and then pursued illustration and pattern-making; the start of her long love for fashion.

It was a black-and-white film by Man Ray Sasamoto saw with a friend in 1937 that sparked her interest in photography. She went on to start her career as a part-time illustrator on the local news pages in Tokyo Nichinichi Shimbun (now Mainichi Shimbun, one of the newspapers in Japan) .

After working for years, she got promoted to a probationary employee in 1940 when she joined the Photographic Society in Japan, officially became the first female photojournalist in Japan. 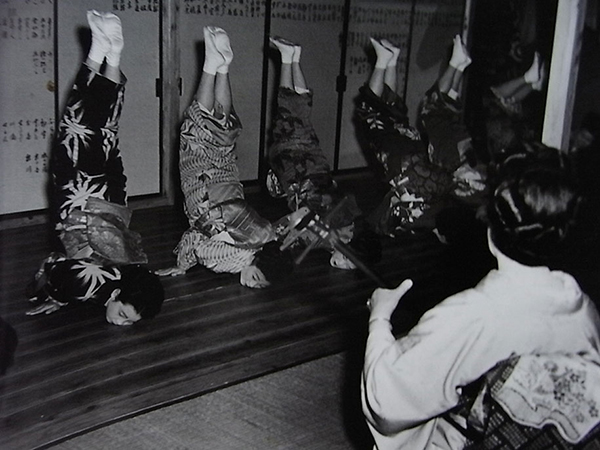 Her subjects have ranged from impoverished citizens scratching out a living in the lean postwar years, to student protesters and striking coal miners as the country was taking off economically in the politically tumultuous 1960s. She also documented life in Japan as seen in the photo above Geisha School, 1951. 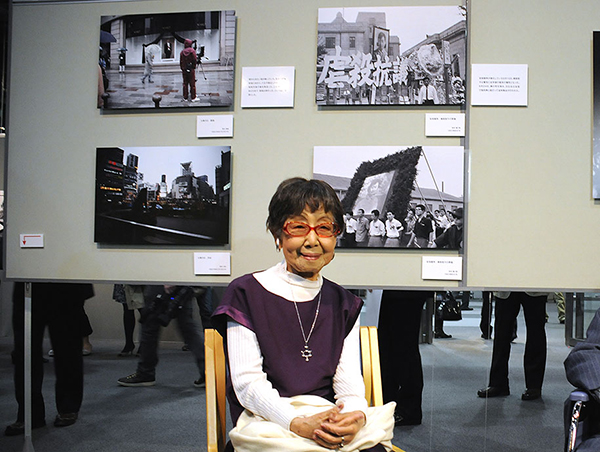 Currently, she is busy giving interviews about her ongoing exhibition of selected works, “Hyakusai Ten” (“Centenarian’s Exhibition”), and related book, “Hyakusai no Finder” (“Centenarian’s Finder”). In 2011 she published her own photobook which can be found on Amazon here.

The secret to her success and longevity?

You should never become lazy. It’s essential to remain positive about your life and never give up. You need to push yourself and stay aware, so you can move forward. That’s what I want people to know.”

She’s also careful to look after herself, swearing by a glass of red wine every night and a piece of chocolate every day. “I also eat a lot of meat. People often say old people shouldn’t eat meat because it is bad for their health, but that is not true,” she said.