Eastman Johnson, a portrait and genre painter who co-founded the Metropolitan Museum of Art in New York, enjoyed telling the story of life through his amazing works of art. Born on July 29 of 1824, Johnson has created portraits of some of the most prominent Americans including Henry Wadsworth Longfellow and Abraham Lincoln.

The youngest of eight children, Johnson was born in Lovell, Maine and began his career as an artist at a very young age when he created crayon portraits of Dolly Madison and John Quincy Adams. Johnson’s father apprenticed him to a Boston lithographer when he was about 16 years old.

Many of the artistic works tell compelling stories, including ‘Negro Life at the South,’ ‘The Tea Party,’ and ‘The Girl I Left Behind Me.’ One of Johnson’s most famous paintings is ‘Child at Prayer,’ which he completed in 1870.

As mentioned earlier, Johnson’s portraits often tell a story. In ‘The Girl I Left Behind Me,’ Johnson depicts a devoted young soldier’s wife standing atop the hill where they parted as he was going off to war; the young woman’s wedding ring is the focal point of the art, which evokes a feeling of passion and devotion. While ‘Negro Life at the South’ at first glance looks as though it would have been set at a Southern Plantation, the scene is actually one from the back streets of Washington, D.C., set behind a tavern located not far from Johnson’s own home.

While Johnson was anti-slavery and it’s thought this is the controversy he intended to expose in the painting, it was interpreted in a different light by abolitionists and slave owners. In fact, slave owners pointed out that the black people in the painting had a look of contentment on their faces, while abolitionists viewed the artwork as a symbol of a system that was fast growing morally bankrupt.

The son of Maine’s Secretary of State, Johnson studied in Paris, Rome, Dusseldorf and The Hague to complete his professional training and become a member of the National Academy of Design. It is thought by some that Johnson’s ‘Child at Prayer’ may be a portrait of Ethel, Johnson and his wife’s daughter, depicted in the couple’s Nantucket summer home. Johnson made New York City his home eventually, which is where he died in 1906 at the age of 81 and was buried in Brooklyn at Green-Wood Cemetery. 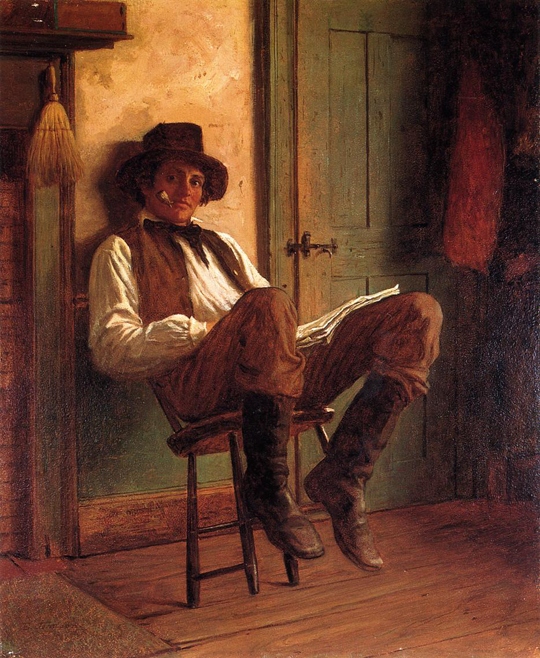 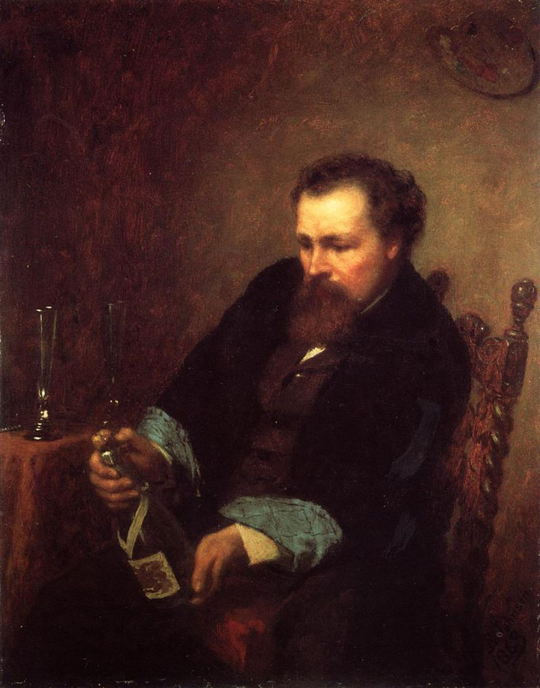 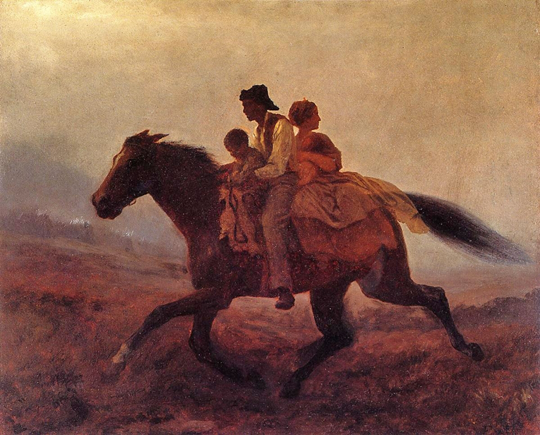