Salvador Dalí was recognized at a young age for having a tremendous amount of creative talent and it was a Dalí family friend who introduced the young Salvador to modern painting.

He is now known as the greatest surrealists of our time, best known for his ability to translate dreams into artwork, “hand painted dream photographs” he called them. Fascinated with the images he got as he was drifting off to sleep, Dalí would place a tin plate on the floor and sit beside it in a chair, holding a spoon above the plate. He would relax and fall asleep, and the moment when he did, the spoon would fall and clash with the plate, waking him up with the dream images fresh in his mind.

Obviously Dalí was highly imaginative, however he also enjoyed indulging in unusual and grandiose behavior with his ever–present long cape, walking stick, haughty expression, and his trademark upturned waxed mustache. His eccentric manner and attention-grabbing public actions sometimes drew more attention than his artwork, to the dismay of those who held his work in high esteem, and to the irritation of his critics.

Not timid or humble, he is famous for having said that “every morning upon awakening, I experience a supreme pleasure: that of being Salvador Dalí”

But Salvador was much too eccentric even for the surrealists, and as he frequently clashed with them politically, they decided to expel him from their group. Never one to be deterred, Salvador claimed that he was the most surrealist of them all, and continued to present his surrealist paintings in exhibits all over the world.

In 1929 the 25-year-old Dalí met Gala, wife and muse, whose real name was Elena Ivanovna 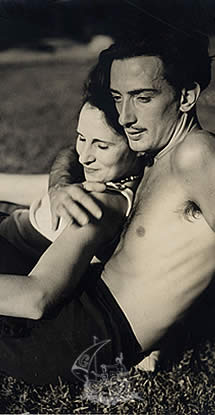 Diakonova. A mysterious and highly intuitive Russian woman, she was able to recognize artistic and creative genius when she saw it, and had relations with a number of intellectuals and artists.

In 1958 Dalí and Gala married at the Àngels chapel, near Girona. In 1968 the painter bought Gala a castle in Púbol, Girona, and it was agreed that the painter could not go there without her prior permission in writing to do so. It was there that Gala was buried, following her death in 1982.

Gala inspired many of Dalí’s artworks and was also his business manager, which supported their extravagant lifestyle. She seemed to tolerate Dalí’s dalliances with younger women, secure in her own position as his primary relationship. Dalí continued to paint her as they both aged, producing sympathetic and adoring images.

However, she may not have really tolerated his bad behavior – she allegedly had been dosing him with a dangerous cocktail of unprescribed medicine that damaged his nervous system, thus causing an untimely end to his artistic capacity. At 76 years old, Dalí was a wreck, and his right hand trembled terribly, with Parkinson-like symptoms.

To say they had a complicated relationship is an understatement! Gala died on June 10, 1982, at the age of 87. After Gala’s death, Dalí lost much of his will to live.

He went downhill rather quickly. He had several accidents and illnesses which may well have been self-inflicted and/or suicide attempts.

Dalí died of heart failure on 23rd January 1989, at his home town of Figueres, a short walk from where he was born.

Dalí produced over 1,500 paintings in his career in addition to producing illustrations for books, lithographs, designs for theater sets and costumes, a great number of drawings, dozens of sculptures, and various other projects, including an animated short film for Disney. He also collaborated with director Jack Bond in 1965, creating a movie titled Dalí in New York.

“There are some days when I think I’m going to die from an overdose of satisfaction.”

“I do not understand why man should be capable of so little fantasy.”

“Drawing is the honesty of the art. There is no possibility of cheating. It is either good or bad.”

“Every morning when I wake up, I experience an exquisite joy – the joy of being Salvador Dalí – and I ask myself in rapture: What wonderful things this Salvador Dalí is going to accomplish today?” 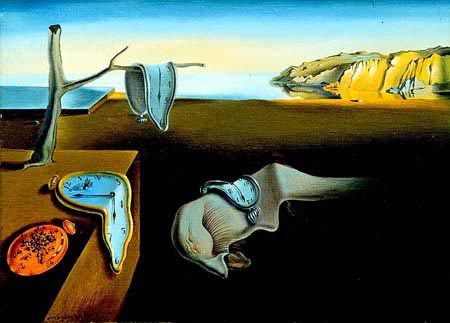 In 1931, Dalí painted one of his most famous works, “The Persistence of Memory”. 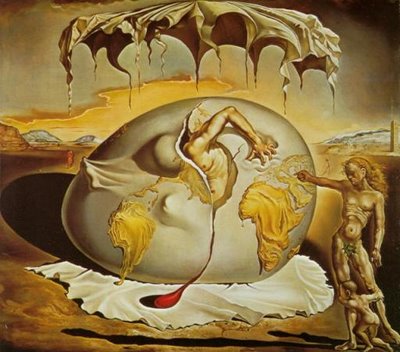 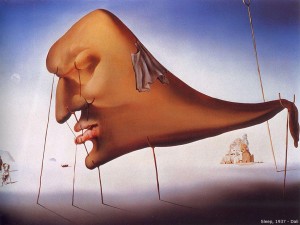