Dementia and Alzheimer’s constrict the minds of affected individuals, causing them to gradually lose their ability to communicate but even more sadly, causing precious memories and the ability to recognize those they love to fade away.

Whether you are a family member with a loved one who suffers from dementia, a caretaker, or are actually affected yourself, you may not be aware of the benefits of art. 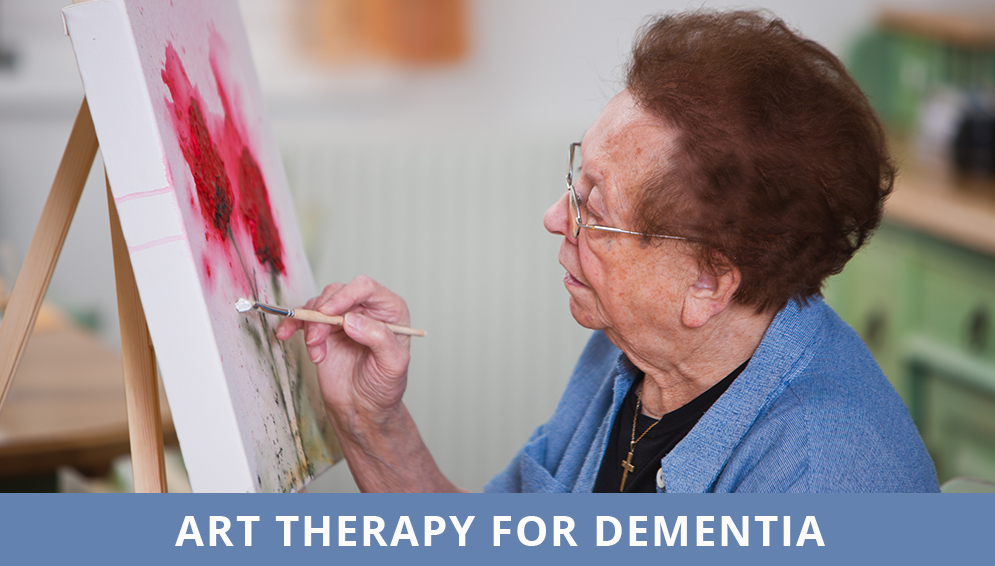 What is art therapy, and how does it benefit those affected by dementia?

Remember, the person who actually has the condition is not the only one affected – loved ones and caretakers are greatly affected as well.

Sadly, dementia often makes those around a loved one focus most on the abilities that have been lost by the patient. Art therapy helps develop areas of the brain that may have before been “untapped,” working to emphasize the abilities that an individual still has, and improve concentration.

If you aren’t aware of it, a film titled “I Remember Better When I Paint” focuses on Alzheimer’s patients, and their progress as they are introduced to the world of creative arts. Sadly, most families who have not experienced a close connection with Alzheimer’s or dementia have a picture in mind of someone who for the most part, sits around in a “spaced out” condition. This film brings to light the profound impact creative arts can have on those who seem otherwise disconnected from the world.

Dementia doesn’t just happen to those who are elderly, perhaps in their 80s or 90s; it also happens to individuals who are much younger, even as young as their 50s. I Remember Better When I Paint follows one story of an elderly man who when asked to draw Honolulu, drew a warship with “Destroyer” on its bow. Most of us who do not suffer from dementia would probably draw a picture of the beach depicting beautiful sand surrounded by the ocean with perhaps a few palm trees sprinkled in the mix. In the case of this elderly man, he was simply drawing a very clear memory he had from his days serving our country. This is simply incredible, and proves that indeed, the mind is a beautiful thing.

Art therapy can help bring out the “beauty” of the mind, even in those who suffer from dementia.