One of his most famous paintings, That Which I Should Have Done I Did Not Do (The Door), is known to be his paramount work which took him ten years to complete.

The painting reflects on the regrets in life.

It is said that he meticulously executed every detail using a paint brush of a single hair. He would often finish no more than a quarter of a square inch a day.

A wrinkled, aging woman’s hand rests on the carved doorway, a faded blue handkerchief clenched between the fingers. The poignant placement of the hand, near but not touching the doorknob, only underscores the sense of remorse and mourning implied by the painting.

Albrights style focused on themes of death, life, the material and the spirit, and the effects of time. This style of art was defined as Magic Realism and described as “what happens when a highly detailed, realistic setting is invaded by something too strange to believe.”

Albright was labeled by early critics as “the painter of horrors” and the “specialist in the repulsive”. However he was a deliberate painter who attempted to put his realistic technique in the service of essentially philosophical concerns. 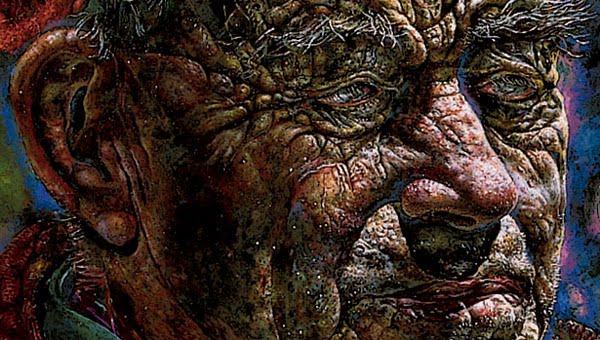 The Vermonte
“Make [the head] great; eye sockets that tell the years, folds that bespeak flesh, eyes that bring pity … that have seen better.” – from Ivan Albright’s notes on his painting “The Vermonter”. 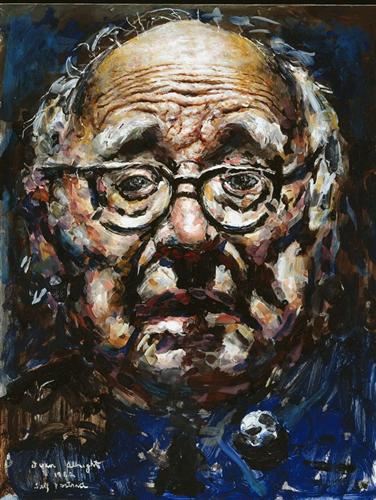 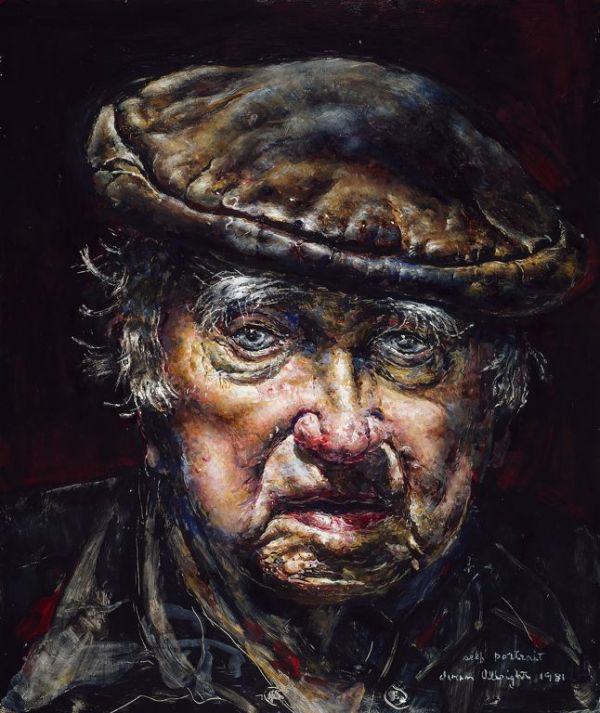 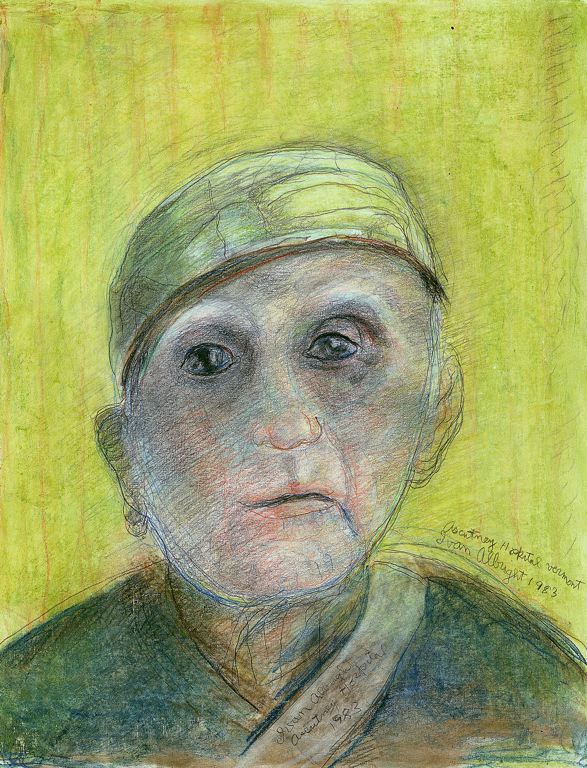 Self Portraits
Most known for his self portraits, he made over twenty self-portraits in his last three years, even on his deathbed, drawing the final ones after a stroke.
He died in 1983 at 86 years old.