Dali certainly had his own unique style, however he was also a skilled classical painter.

Is This Dali?
In this painting Figure at the Window, at first glance it does not seem like a Dali painting. The figurative approach has a classical realism feel and an Andrew Wyeth style of American realist expressed with Monochromatic colors. The Window with its stark contrasts and lonely figure all play into American realism.

What was Dali thinking? What does this painting mean?
Figure at the Window is a painting of a dark-haired woman standing and leaning against a window seal as she is looking out an open window to a bay. The landscape behind the window is the bay of Cadaqués, where Dali used to stay in the summer. The focal point of the picture is on the back of the woman, not what she is looking at. Her dress is minimized and chaste. Simple, non-assuming and relaxed.

This woman is Ana Maria his sister three years younger with whom he was close with, particularly after the death of their mother. Ana Maria was his only female model until Gala replaced her in 1929.

However the closeness did not last! Dali got mad and retribution followed.

Dali had a sort of falling out with his sister who wrote an autobiography in 1949 that portrayed a very different view of Dali to the one he had carefully constructed in his autobiographies; this led to the collapse of their relationship.

As revenge it is said that he painted a another version of this Figure at a Window in 1954 and called it Young Virgin Auto-Sodomized by the Horns of Her Own Chastity. 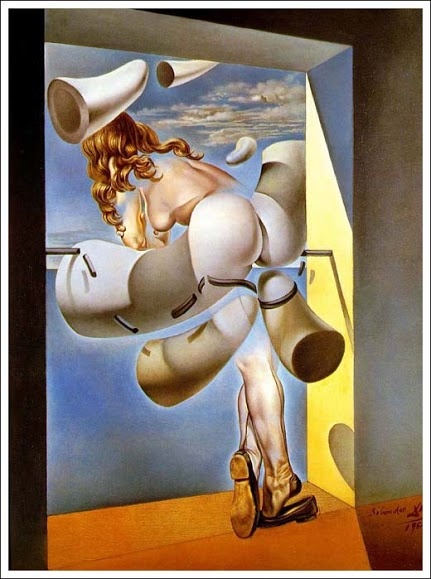 The painting is in stark opposite to Woman at the Window which is seen as chaste, soft and peaceful. The painting above ‘looks’ like an explicit Dali painting.

This particular painting was formerly in the collection of The Playboy Mansion and was sold in 2003 for 1.35 million pounds.

This image below is an affiliate link to purchase the print on Walmart.com. When you purchase products from our advertisers on our website you help us maintain the costs of Art and Design Inspiration. 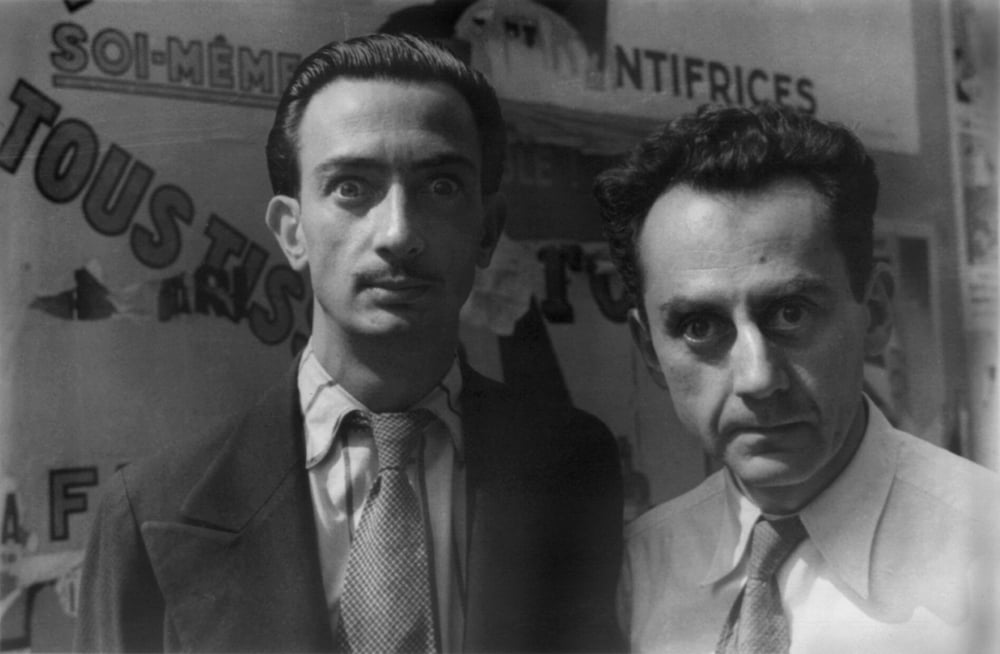